From October through December, FCCU staff raised funds for the organization. In addition to the $2,500 donation, more than 325 letters were written by staff, members, students and people in our communities in a campaign called Operation Gratitude. They were sent to active and retired military as a token of appreciation to say thank you for their service.

100% of the money raised by FCCU for this organization will go directly to veterans. This may include those needing temporary help for short-term, urgent needs ranging from housing and transportation to medical and mental health issues that are not covered by other organizations. The donations from the Support Our Veterans Fund established in 2010 have helped over 125 North Dakota veterans.

FCCU staff also held a variety of fundraising events and actvities to show their support for veterans including: an internal staff raffle, dropping off treats for veterans at the Fargo VA hospital, a thank you video to FCCU and community service men and women, and collecting toys for the Marine Toys for Tots Program, which helped over 200 local families.

A huge thank you to all our members who supported this amazing cause, along with our staff for the time, energy and hard work that went into making each fundraising event successful. 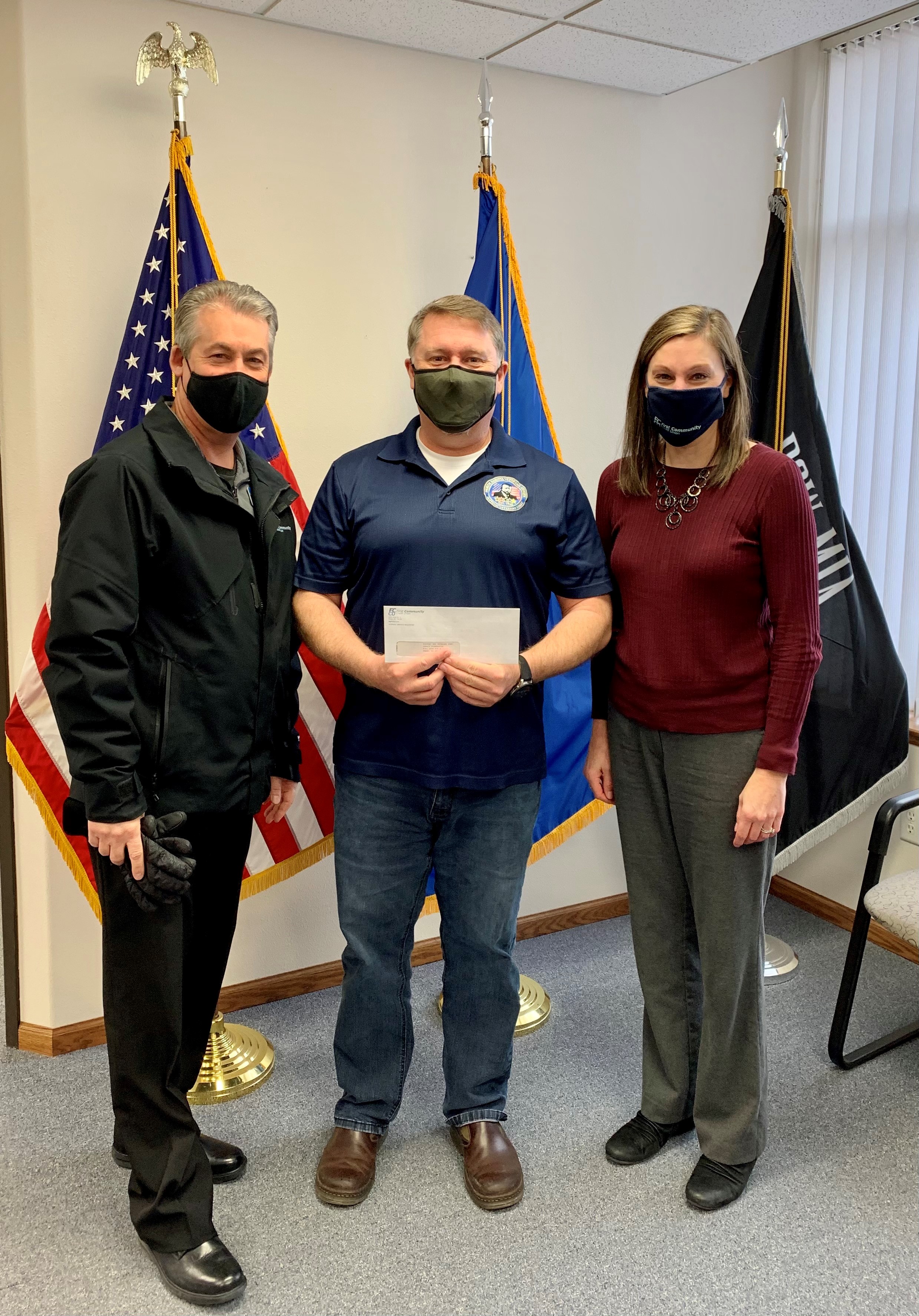